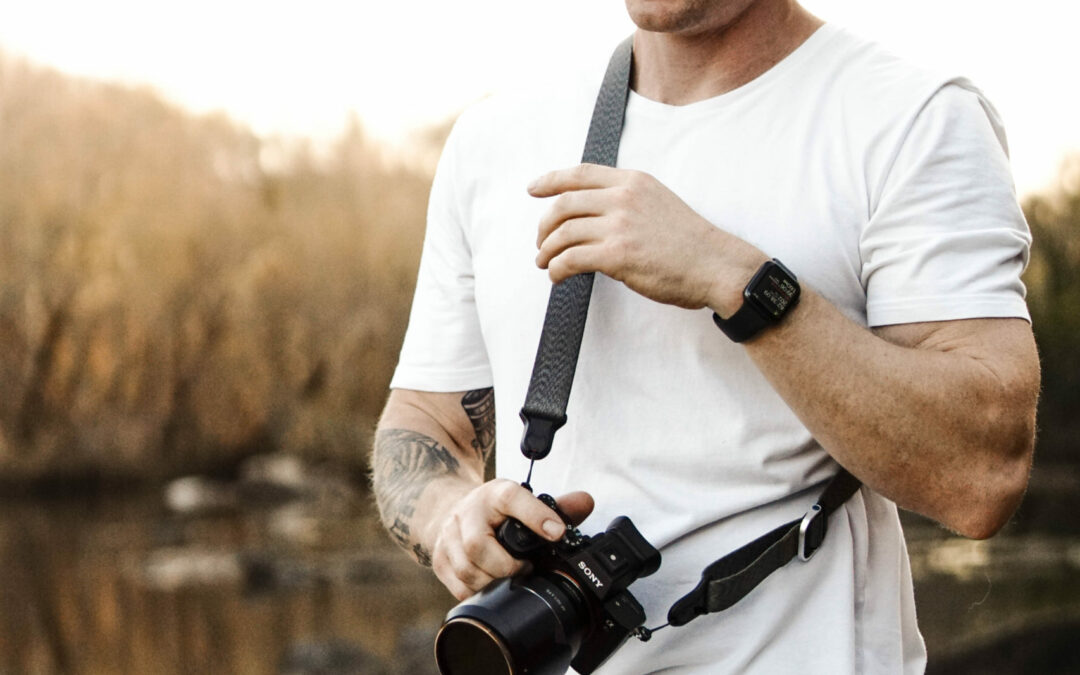 SOCO member Brett Edwards is a freelance photographer and videographer based in Columbia, SC

Brett Edwards noticed something about his roommate.

“It seemed like he did nothing. And he was making more money than I was,” Edwards said with a laugh.

At that time, Brett worked for a dot com company in Chico, California. He’d graduated with a degree in marketing and mass communication. So when he landed on the marketing team at this company, he thought it was “the job.”

“I hated it,” Edwards said. “I was the visual designer, but that meant I basically filled out templates, the Google Ads, the print ads, and all the things that are basically ‘insert picture, insert percentage off.’”

It wasn’t the type of creative work Brett envisioned for his career.

So, Brett talked to his roommate and found out he did tech support for a pellet grill company. It was a small family operation, and when Brett looked them up, he could tell their media and imagery needed some work.

He told his roommate to give him his boss’ number. Brett had an idea.

“I’m gonna cold pitch him on me doing their media.”

And he did it. The company responded and said they wanted to think about it, but asked if he could also do tech support. Brett was game.

He remembered thinking, “that sounds better than continuing in this other job.”

“So then I went on this journey of doing fully remote pellet grill tech support while trying to get them interested in my photos. And they had no interest initially,” Edwards explained.

Brett continually tried to convince his bosses to let him do some photo shoots to improve their website imagery.

His effort paid off because around $2,000 worth of grilling equipment showed up at his house so he could start going to work on capturing great images.

Brett began taking photos, and even after a move to Oregon, he stayed on with the company working in a “hybrid” position. He started social media acounts, fixed things on the website, and did anything else they threw his way.

He didn’t know many people in Oregon, so Brett had more free time on his hands. He asked his roommate if he wanted to make recipe videos. But Brett wasn’t very experienced with video.

So, he watched tutorials on YouTube about creating videos and gave it a go. Once he’d put something together, he sent it to his company.

“And they were like, ‘wow, this is way better than the other videos we’ve tried,’” Edwards said.

Suddenly, Brett got a budget to create more content, buy more equipment, and travel around the country to create recipe videos with sponsored pitmasters and grilling professionals.

Freelancing is the Perfect Fit

Even though Brett was doing more content creation, he was still wearing many hats. He wanted to focus more on photos and videos. An opportunity came knocking when he met folks from a cider company while working on a promo video for a giveaway. He began freelancing with them, and eventually, they asked him to come on full-time.

Brett named his number for what it would take to make a move.

The company said they couldn’t meet the salary requirement but asked if there was anything else they could do to get him on board.

“I was like, you give me total freedom with my scheduling, my timing, and the ability to freelance whenever I want and just laid out all the other stuff I want,” Edwards said.

Overnight, Brett made the transition into the content job he wanted. He worked with an entire marketing team taking photos for billboards, semi-trucks, creating videos, and even working on some ad spaces for Portland Timbers games. His work was reaching thousands of people.

The arrangement worked well because it put Brett in a position to do additional freelance work.

“Since I essentially had this deal with them where I get to keep my schedule free, and I didn’t have to commit to nine-to-five hours, I freelanced all the time. So I way made up for any amount of money they didn’t give me on just my own free time,” Edwards explained.

“That’s when I realized how important it is to keep your schedule built for freelancing. Prior to that, it was trying to find time for projects outside of business hours.”

Pursuing Work that He Loves

Brett’s favorite thing to do is explore. He and his fiancé spent many weekends hiking, camping, and being outdoors in Oregon. Then, he began thinking about how to merge his business with his passion for being outside. He knew some photographers have a niche in the outdoor lifestyle industry.

Brett used a tried and true strategy to begin working with outdoor brands. He started reaching out and pitching his services.

Brett’s first move was to contact companies he saw on Instagram, the ones that targeted him with ads for outdoor equipment. He asked them to send him products, and he’d get shots while on his weekend trips.

“So at that point, I was taking pictures of tents, sunglasses, sleeping bags, whatever. But it was in line with what I did in my own time,” Edwards said. “And so then, everything kind of started to merge together.”

It’s been a solo journey for Brett, but he’s hoping to build a small team.

“My ultimate vision was getting a small production house or small creative team together in a physical space and getting my own studio at some point.”

Brett’s move to Columbia was a transition. He’s still getting used to the climate (he moved here in September 2021) and finding new places to explore. But, he’s found community and an opportunity to pursue the work he loves.