Boba Fett and His Lessons of Leadership 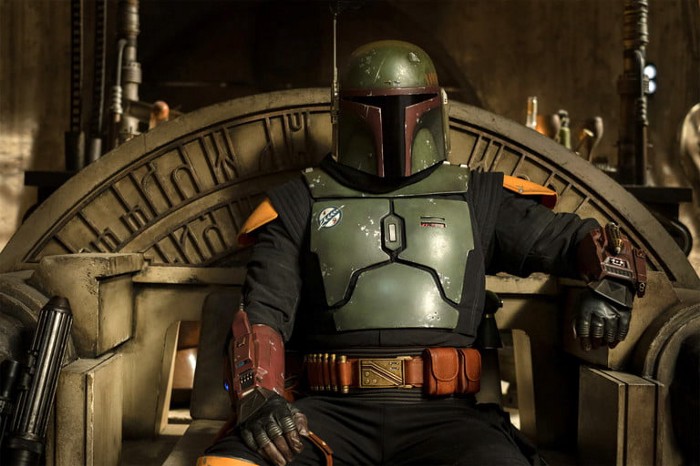 If you’re like me you’ve tediously waited for each Wednesday morning for the latest episode of The Book of Boba Fett to drop. I’ve been a long time Star Wars fan since the early 80’s. I’ve survived the long draught between the original trilogy (Ep. 4, 5 & 6) and the prequels (Ep. 1, 2 & 3) when we got the Expanded Universe books, stories and characters, later re-branded and retconned into what is now called Legends. The Mandalorian and Book of Boba Fett series is truly some of the best Star Wars we’ve gotten in a very long time, we won’t talk about the sequel trilogy here though…

Something I have noticed across these episodes is how they’ve handled the growth of Boba Fett. It is a story about a single freelancer (bounty hunter) who is learning how to be a strong leader (crime syndicate boss). It is a compelling arc for anyone who is charged with a leadership role in their job or is an owner operator at their own small business. There is a lot to unpack so stick with me for a few minutes please.

SPOILERS: Don’t read on until you’ve either watched it or decided you don’t care…

Let’s get nerdy shall we?

Boba Fett has been arguably the best and most notorious bounty hunter in the galaxy, regularly working for a huge employer, The Galactic Empire as well as at other times Jabba The Hutt. We catch up with him just after he has assumed the throne of the criminal empire of his former employer Jabba. The story uses flashbacks to backfill the story of how we’ve gotten to where we are, and so in the first flashback we find Fett stuck in the belly of the Sarlacc fighting to free himself. After-which he is captured by a group of Tusken Raiders. He is bound and enslaved only to earn his place in the group by deeds of heroism and courage.

He learns one of the most powerful lessons in leadership which is that the only thing you can control is your choices. This reminds me of Stoic Philosophical writings of Marcus Aurelius where he focuses primarily on knowing the difference between what you can change and what you can not. What you have influence over in life and what you do not. There is a lot of application and utility there as it relates to business and leading others.

Being a leader is a lonely place to live and the only thing you can do as a leader is focus on the things you can change for the positive whether that’s related to other people or internally for yourself.

Everything you see and hear from others is more often than not an opinion, albeit typically laced with their own agendas, perspectives and emotions.

Just like the fellow prisoner, Fett found himself next to in the desert, their responses to being in the same situation are quite different. If you can get out of responding to things happening in your business or on your team emotionally then you can begin to truly make choices and steer things in the right direction instead of simply reacting to things emotionally.

There are opposing forces in the form of a pair of Hutts known as “The Twins”, who want to claim Fett’s new position for themselves. While he is taking tribute from those that he manages in his criminal territory we learn that he has chosen to lead with respect instead of fear. In order to do that effectively, he has to embody the qualities needed to gain respect by living them for real.

At this point we are two episodes in and everyone on the internet is already saying that this isn’t the Boba Fett they remember from earlier movies and shows. This is because he is making a transition from being a loner/freelancer to a leader of others, the person in charge of an expansive business made up of teams of talented individuals. He must lead by making choices and not by blasting those that he doesn’t agree with anymore. He must use patience and make disciplined decisions in which fights to pick. Very much like Michael Corleone’s rise to power in The Godfather movies.

In various flashbacks we see Fett making emotionally derived decisions like attacking an opposing outpost and then leading his tribe of Tuskens to attack a train and even training them to drive speeder bikes. While he has learned the value of his team, his tribe, over operating alone he has not yet learned that being too aggressive, while successful in the short term, can have consequences you must take ownership for in the long run. For good or bad…

We see this sort of play out for the positive in his decision to not wage a direct war with The Twins, he instead practices patience and in the end, they are driven out of business by a much larger player in the Pykes. We even have this echoed when we see Fett witnesses Krrsantan fighting with the Trandoshans in the Sanctuary, after which he hires him for his own team.

Any time Fett has chosen the high road, to help other competing bounty hunters when it’s in his best interests he comes out on top. Stronger and better supported by others in their loyalty for his cause. Like in helping Shand, whom he found dying from a gut wound. He took her to a mod-parlor, where she was saved or when he let Krrsantan go free only to later hire him.

In “Chapter 4: The Gathering Storm” while at a banquet he is hosing for Mos Espa’s other crime bosses to unite against the Pyke Syndicate, Fett learns another valuable lesson in business which is that your competitors may not directly go to war with you, you can and should be friendly with each other, but that good will likely only goes so far as to support your own agendas.

“Keep Your Friends Close, But Your Enemies Closer”

The series is getting a lot of criticism for the flashbacks and broken storyline as well as the surprise episode(s) focusing more on Din Djarin the Mandalorian than Fett. I personally love it, but to each his own, I guess all the critics need something to focus on.

“Don’t Cling to a Mistake Just Because You Spent a lot of Time Making it.”

Even in these episodes that feature the Mandalorian we are presented with the notion that you should always be growing, learning and upgrading yourself when you can. After Djarin beats Vizsla in their duel over the Darksaber, he reveals to The Armorer that he previously broke the tribe’s code by removing his helmet in front of others.

He learns after being rejected out of the tribe that their ways may not always be the right way to do things.

Just because you’ve always done something a certain way, you should always be looking at it and studying it to make sure it is still the right way. Being open to criticism and checking your ego at the door we can find ourselves within the right team and doing things we truly believe in.

As Din Djarin is learning we should strive to be self-aware to a certain level so as to recognize when we make mistakes and to not let the same old ways of doing things lead you to less successful conclusions. Momentum and doing something for the sake of doing it will be a powerful pull in your daily business. It’s not easy to know when to course correct or flat out stop doing something you first thought would lead you to success.

One of the most important attributes in an employee, team member or even a friend is commitment. As leaders we seek it out and try to develop it in others. But along with commitment, we should also reward thought that gets us positive feedback and critique. We should strive to create an environment where this can happen safely for others under our charge.

In the final two episodes, we are presented with the idea that you have to go all-in, Burn the boats, however you should always retain your values. The commitment Fett shows to his mission of ruling by respect and working for the betterment of his organization instead of taking care of his own personal needs pays off in a big way. He makes personal sacrifices in the face of everything going against him to get there.

When he is negotiating with Cad Bane in the finale episode we see him listening to council from his management team, in Fennec Shand and Din Djarin, about not taking the bait and blasting away with an emotional response. This obvious choice over personal revenge for long term goals and to better position his organization is after all the heart of this series.

Retaining a growth mindset is very difficult because we rarely see the bigger picture when we are responding from a position of anger or fear.

Being a leader of anything typically comes with a strong daily dose of both of these emotions. It does not matter how, but you MUST have people in your corner if you are to survive. It doesn’t matter where it comes from. It can be trusted team members, friends, peers, or even a coach.

One thing is for sure, if you try to stand alone for too long, you’ll fall alone.