Pursuing Work that Matters: Why Dawn Dawson-House Changed Her Career to Tell the Story of African American History 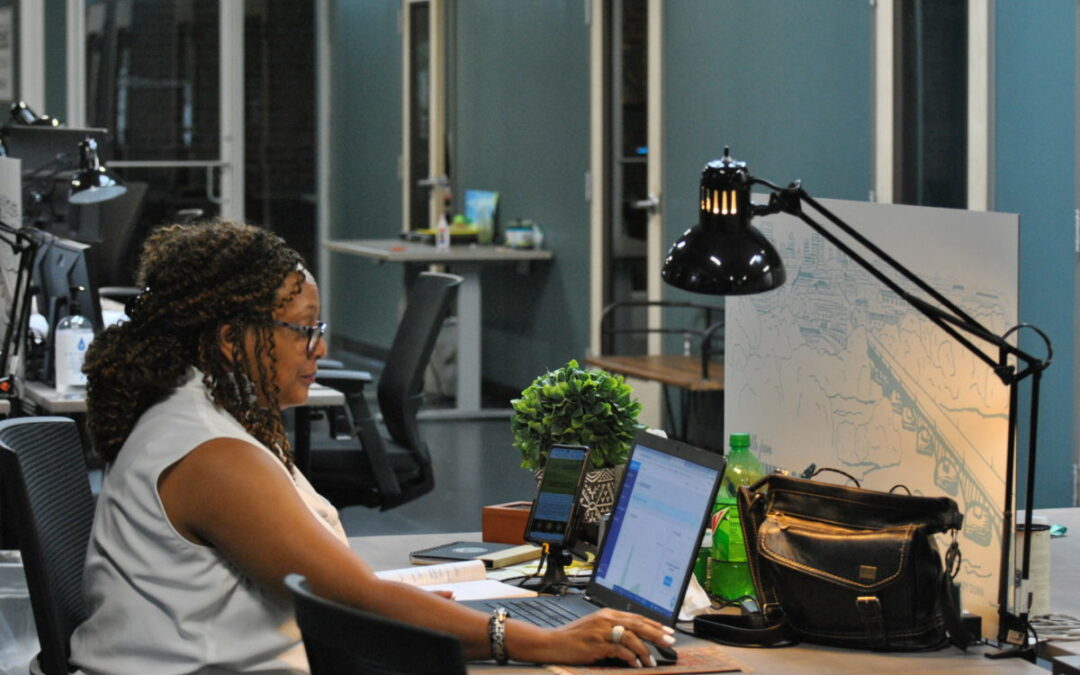 While sitting at home during the early months of the pandemic, Dawn Dawson-House started thinking.

Dawn was working in a job she loved as the Director of Corporate Communications at the South Carolina Parks & Recreation Tourism (SCPRT) department. But, Dawn’s schedule was turned upside down. No more lunches with her boss or coffee meetings with colleagues.

So she found herself doing a lot of self-reflection and considering a deeper meaning in her life.

It was during these moments that Dawn began planning a change. She had spent her entire career (31 years) at SCPRT. Now, she knew it was time for something different.

Inspired by her new outlook on time and the cry for social justice by thousands across the country, Dawn embarked on a new path.

A Career Built on Service

Dawn’s entire career has focused on helping the state of South Carolina. She promoted the state’s parks system and tourism attractions all over the world. Her goal was to get people here so they couldn’t experience what the Palmetto State offers.

Despite being in a job she loved, Dawn felt like she could do more.

The pandemic created a restlessness in Dawn. Like there was a different way for her to contribute. And during those long months at home, she spent time reading and researching African Americans and how they’ve shaped South Carolina history.

The pandemic changed things for Dawn. She started seeing her skill set through a different lens.

Dawn was involved with the South Carolina African American History Foundation, which rebranded as the WeGOJA Foundation.

It was around August 2020 when she put plans into motion to lead WeGOJA as the Executive Director.

“I felt like my talents could be put towards this effort [WeGOJA] better than PRT,” said Dawson-House.

So Dawn left the job she spent her entire career doing. The one that had “raised her” so she could pursue work that will elevate African American history.

“The pandemic pushed me into a different mindset of worth and time and contribution before I die.”

Dawn developed a passion for historic preservation early in life. Growing up in Beaufort, she was taught about the rich African American history in the area.

“My passion now is historic preservation because I do believe it’s the first step towards social justice.”

How the Pandemic Changed Dawn’s Mindset

Coupled with Dawn’s passion, the shift to remote work sparked her life change.

Instead of spending two hours commuting every day, she connected with family, contributed to her community, and thought about ways to utilize her talents.

It wasn’t easy for her to make the change.

After a long career with SCPRT, she was nervous about doing something completely different.

“I was too afraid to tell my boss that I was going to retire,” said Dawson-House.

The social justice marches and outcry, sparked by the murder of George Floyd, also made an impression on Dawn and created a desire to do more.

“I was so inspired by the multitude of people who go out in the streets and stood up for victims of police brutality.”

Living Life to Make a Difference

Dawn feels like she’s exactly where she’s supposed to be, and in her words, “it’s fun as hell!”

She has a vision for WeGOJA over the next decade. She wants to grow the endowment so they can hire staff and take on even more projects. She’s hoping to get industries involved.

And ultimately, she wants to educate people on African American history, so they become advocates. And then those advocates become champions for the cause.

“When I look back, I want to say I made a difference, and we’re a better state because of it.”

Since Dawn has taken on her role as Executive Director, WeGOJA has a brand new board. She’s found talented people to help amplify her efforts.

Dawn re-shifted her focus. She’s pursuing her passion and redefining the why behind her work. So her hustle hasn’t stopped.

In fact, if you ask Dawn, she’ll tell you she’s just getting started.
You can learn more about WeGOJA by visiting their website.